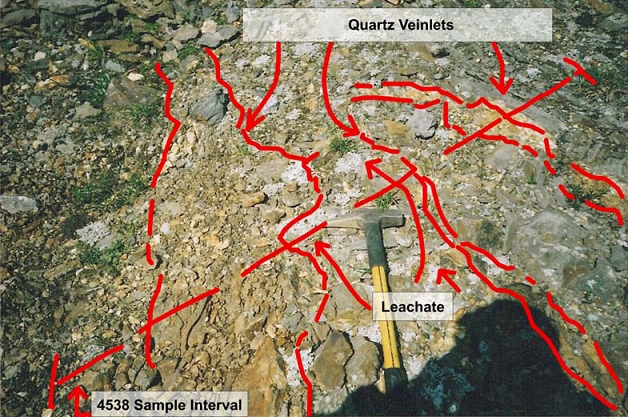 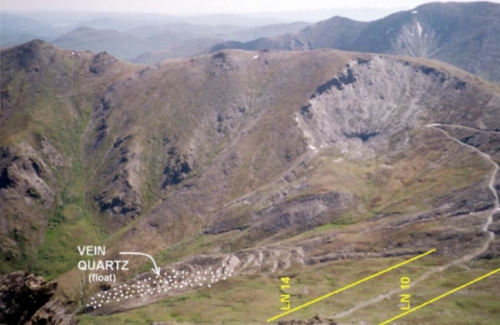 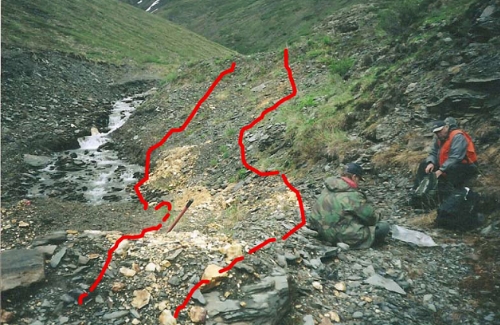 Above: Exposure of the Mikado structure on St. Mary's Creek at an elevation of 3,600 feet 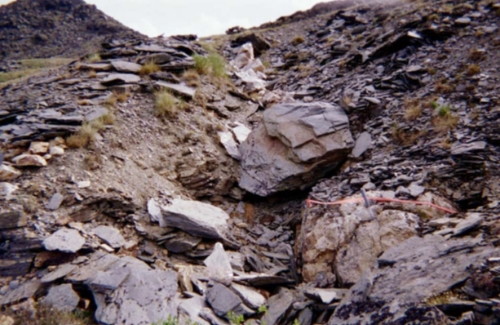 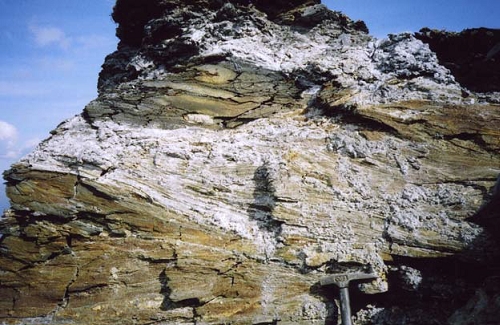 Above: Outcrop in cirque headwall of eastern extension of Ratchet Ridge gold-arsenic occurrence 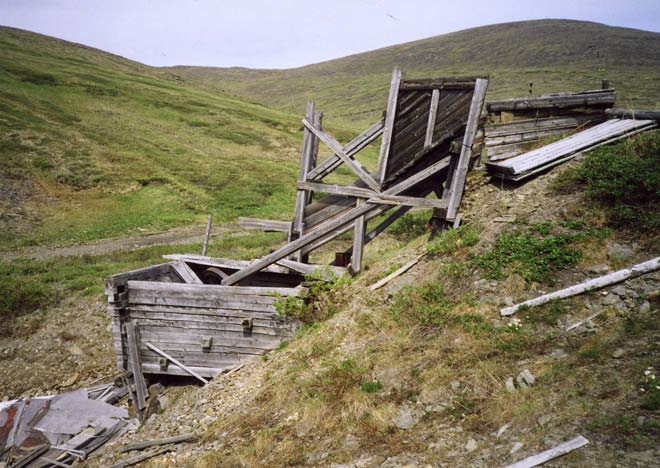 Above: Remains of Indicate-Tonopah mill 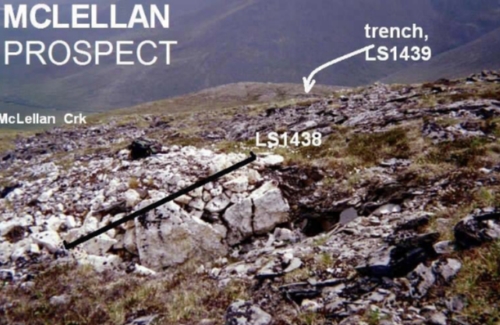 Above: Massive quartz veining is exposed in a trench at the McLellan prospect 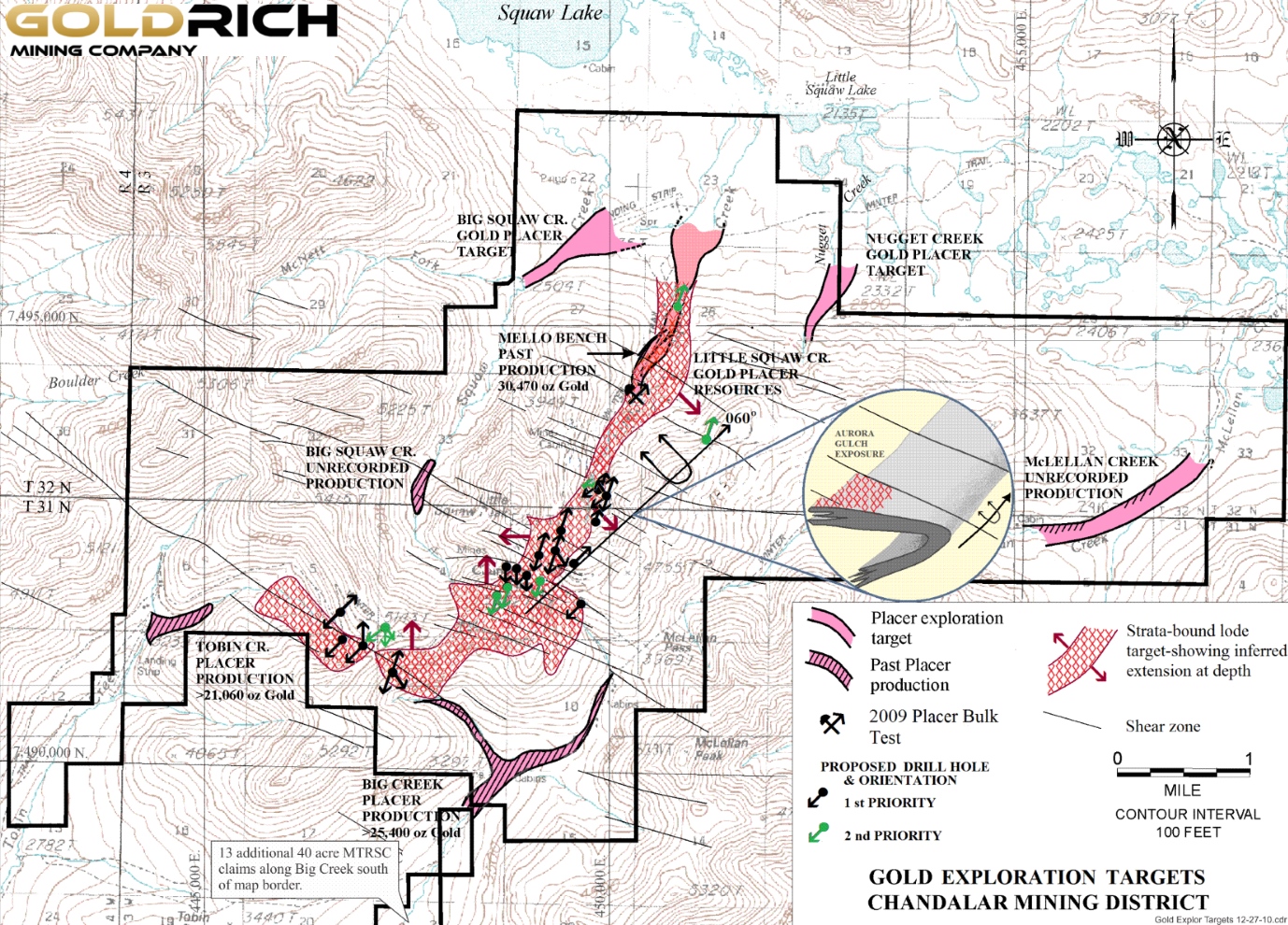