The Chandalar gold district is home to four historic hard rock mines and seven past producing placer operations. Total recorded production dating back to the early 1900's is estimated at approximately 85,000 ounces of gold. Four lode prospect areas within the district- Mikado, Summit, Eneveloe and Little Squaw- are sites of old hard rock mines, explored and developed by at least two levels of underground workings. Each occurs along or adjacent to extensive shear zones that remain open along strike and at depth. 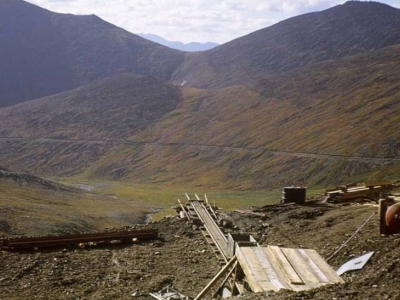 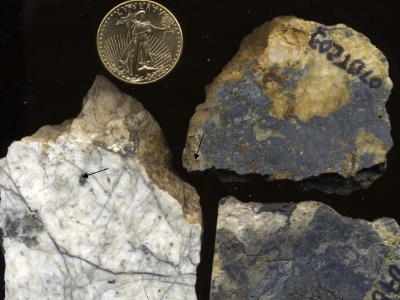 The Eneveloe mine has developed along a massive wide quartz vein that includes a high-grade ore shoot. It has been explored by an outcrop-level tunnel and a second tunnel 100 feet (30 m) vertically below. The shoot exposed in the lower tunnel is 70 feet (21 m) long and reportedly carries high-grade gold over widths of 1.0 to 2.0 feet (0.3-0.6 m). port up to 90.92 oz/t gold over 2 feet (true width) in footwall portion of a massive quartz vein. Below, 100 level adit to Eneveloe mine: 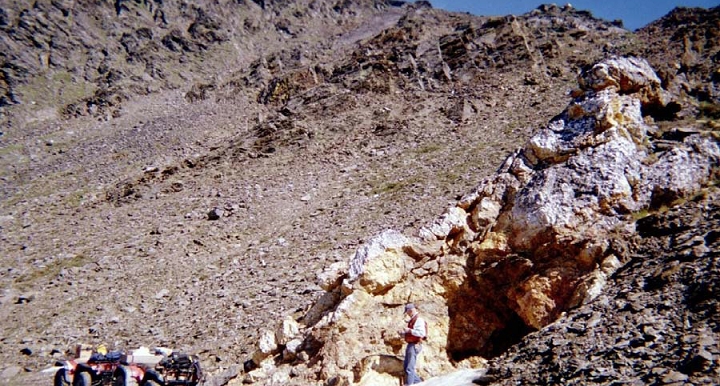 The Little Squaw mine is adjacent to a very broad and extensive shear zone that is offset along strike by a number of cross-faults. The principal quartz vein, about 4 feet (1.2 m) wide, is exposed at the surface and along the 200-foot (61 m) length of a tunnel 100 feet (30.5 m) vertically below outcrop. Gold is confined to a narrow ±1-foot (0.3 m) wide band in the footwall of the vein, averaging about 1.64 oz/t gold along the length of the tunnel, with several channels across the vein returning assays of more than 100 oz/t gold. Below, massive white quartz (left) including banded quartz-gold footwall zone (right) of Little Squaw vein: 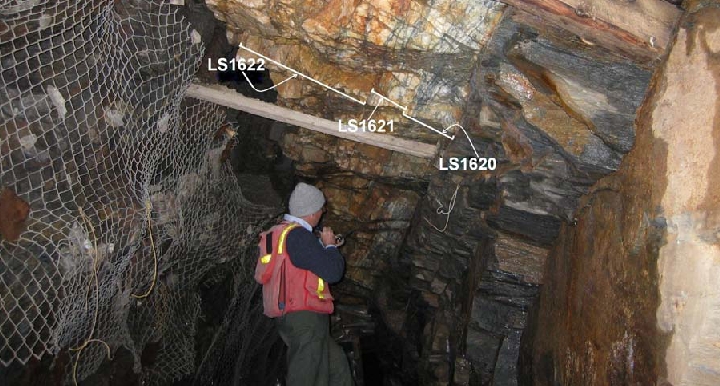 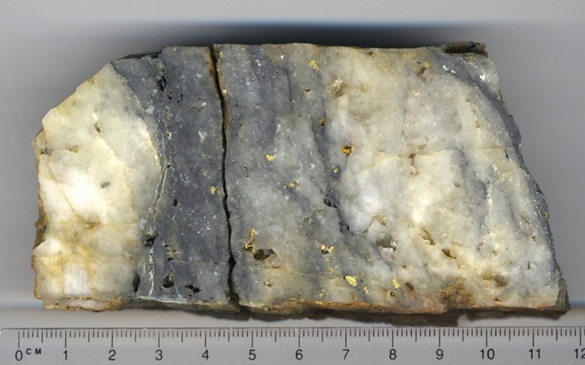 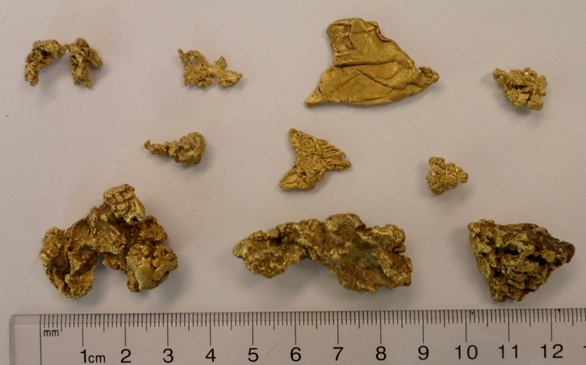